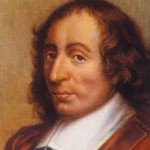 I like to think of Blaise Pascal (1623 — 1662), the French mathematician, as the western world’s first practitioner of Twitter. His collected Pensées were brief, enigmatic thoughts about mathematics, religion, and philosophy. Collected after his death, they read like tweets from the 17th century (though they were intended to be a much more comprehensive defense of religion).

In the Pensées, Pascal made his famous wager. We all bet with our lives on whether God exists or not. We can live as if God exists and practice the traditional forms and virtues of religion. Or we can do the opposite and ignore our religious duties, assuming that God does not exist. If we live as if God exists and we’re right, then the rewards are infinite. If we’re wrong, the loss is finite. Indeed, it’s quite small – we’ve wasted some time in church and in prayer. Thus, Pascal argues, it’s only rational to live a pious life. The wager is heavily stacked to that side.

I’m applying the same logic to face masks in the time of coronavirus. I don’t know if face masks will protect me – or those around me – from a viral infection. Most scientists seem to believe that masks help dampen the disease’s spread. But some scientists take vigorous exception and argue loudly the face masks do no good at all.

So, who’s right? Like most Americans, I’m not qualified to judge. But I am qualified to apply Pascal’s wager. Let’s say that I bet that face masks offer useful protection and decide to wear them regularly. Now let’s guess that I’m right; I win the wager. What have I gained? The face mask may have protected me from a nasty and long-lasting infection. Indeed, since I’m over 60 and have some underlying health conditions, the mask may well have saved my life.

But what if I’m wrong? What have I lost? A few dollars for a supply of masks and a few hours of discomfort while wearing them. In other words, not much. So, the bet is stacked. I could gain a lot. But even if I lose, I don’t lose much. As Pascal might conclude, it’s only rational to wear a mask.

And, when I’m not wearing a mask, I’ll reflect on one of Pascal’s most famous tweets: “All of man’s problems stem from his inability to sit still in a room.” Pascal sums it up pretty well. Either sit still in a room or wear a mask. Thank you, Blaise. 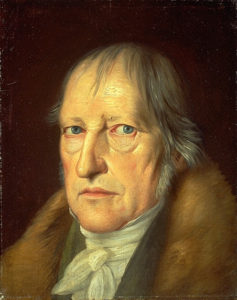 Let’s say we have an election and 20 precincts report their results. Here’s the total number of votes cast in each precinct:

Why would you suspect fraud?

Before you answer that, let me ask you another question. Would you please write down a random number between one and 20?

Why do we have a bias against 10 and 15? Why do we say they aren’t random? Probably because we often round our numbers so that they end in zeros or fives. We say, “I’ll see you in five minutes (or 10 minutes or 15 minutes)”. We rarely say, “I’ll see you in 17 minutes”. In casual conversation, we use numbers that end in zeros or fives far more often than we use numbers that end in other digits. Because we use them frequently, they seem familiar, not random.

Now look again at the reported numbers from the precincts. What’s odd is what’s missing. None of the twenty numbers end in five or zero. But if the numbers were truly random, we would expect – in a list of 20 — at least two numbers to end in zero and two more to end in five. The precinct numbers are suspicious. Somebody was trying to make the numbers look random but tripped over their own assumptions about what random numbers look like.

Moral of the story? If you’re going to cheat, check your assumptions at the door.

By the way, I ask my students to write down a random number between one and 20. The most frequent number is 17, followed by 3, 13, 7, and 9. There is a strong bias towards odd numbers and whole numbers. No one has ever written down a number with a fraction.