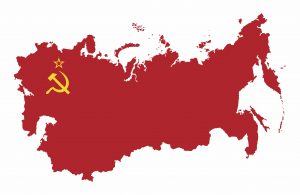 The Soviet Union collapsed on December 26, 1991. While signs of decay had been growing, the final collapse happened with unexpected speed. The union disappeared almost overnight and surprisingly few Soviet citizens bothered to defend it. Though it had seemed stable – and persistent – even a few months earlier, it evaporated with barely a whimper.

We could (and probably will) debate for years why the USSR disappeared, I suspect that two cognitive biases — false consensus and preference falsification — were significant contributors. Simply put, many people lied. They said that they supported the regime when, in fact, they did not. When they looked to others for their opinions, those people also lied about their preferences. It seemed that people widely supported the government. They said so, didn’t they? Since a majority seemed to agree, it was reasonable to assume that the government would endure. Best to go with the flow. But when cracks in the edifice appeared, they quickly brought down the entire structure.

Why would people lie about their preferences? Partially because they believed that a consensus existed in the broader community. In such situations, one might lie because of:

We can also see this happening with the risky shift. Groups tend to make riskier decisions than individuals. Why? Oftentimes, it’s because of a false consensus. Each member of the group assumes that other members of the group favor the riskier strategy. Nobody wants to be seen as a wimp, so each member agrees. The decision is settled – everybody wants to do it. This is especially problematic in cultures that emphasize teamwork.

Reinhold Niebuhr may have originated this stream of thought in his book Moral Man and Immoral Society, originally published in 1932. Niebuhr argued that individual morality and social morality were incompatible. We make individual decisions based on our moral understanding. We make collective decisions based on our understanding of what society wants, needs, and demands. More succinctly, “Reason is not the sole basis of moral virtue in men. His social impulses are more deeply rooted than his rational life.”

In 1997, the economist, Timur Kuran, updated this thinking with his book, Private Truths, Public Lies. While Niebuhr focused on the origins of such behavior, Kuran focused more attention on the outcomes. He notes that preference falsification helps preserve “widely disliked structures” and provides an “aura of stability on structures vulnerable to sudden collapse.” Further, “When the support of a policy, tradition, or regime is largely contrived, a minor event may activate a bandwagon that generates massive yet unanticipated change.”

How can we mitigate the effects of such falsification? Like other cognitive biases, I doubt that we can eliminate the bias itself. As Lady Gaga sings, we were born this way. The best we can do is to be aware of the bias and question our decisions, especially when our individual (private) preferences differ from the (perceived) preferences of the group. When someone says, “Let’s go to Abilene” we can ask, “Really? Does anybody really want to go to Abilene?” We might be surprised at the answer.