Using A Razor To Whittle Your Choices 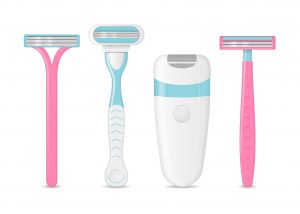 Let’s say that you’re trying to decide what causes what and keep getting stuck between multiple alternatives. (This is a process known as Inference to the Best Explanation). You’ve put away your cognitive biases and built arguments that are sound and valid. Your friends give you a lot of advice. But you just can’t decide.

Logical razors can help you out of the jam. A razor helps you eliminate choices, which is often as important as creating options in the first place. A razor says, “It’s not likely to be this one ….” By eliminating options, you make your decision easier. You’re more likely to find the best explanation.

Razors don’t use airtight logic so they’re not foolproof. They could conceivably point you away from a solution that actually works. In general, however, they give you a process for working through ideas and eliminating the least probable ones. Here are my favorite razors.

Occam’s razor – among competing explanations, the one that makes the fewest assumptions is most likely to be right. This was the original razor and comes from William of Ockham, a Franciscan friar who lived in the late 13th and early 14th centuries.

Hanlon’s razor – never attribute to malice that which can be adequately explained by stupidity. If someone injures you, don’t assume that they did so with malicious intent. It’s more likely that they’re just stupid.

Hume’s razor – if a presumed cause is not sufficient to create an observed effect, we must either eliminate the cause from consideration or show what needs to be added to create the effect.

Adler’s razor – a question that can’t be settled by experimentation is not worth debating.

Logical razors help you scrape away explanations that are possible but not probable. They can help you think more clearly. But they don’t always lead you to a conclusion. At some point, you may have to make Pascal’s Wager.