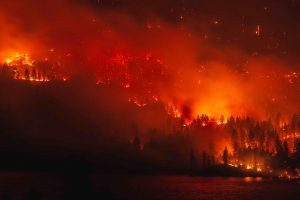 Persuasion is more important than physics.

Most social sciences have a bad case of physics envy. They covet physics’ certainty, precision, and predictability. That’s certainly the case with rhetoric, the discipline that deals with the art and science of persuasion.

Physics allows us to make precise this-then-that statements. If we do this, then that is certain to happen. Those of us who teach rhetoric would love to have the same certainty. We would love to say, “If we arrange our argument like this, then the audience will certainly agree with us”.

But rhetoric deals with human beings whose behavior is anything but certain. Rhetoric teaches us to argue without anger so that we may find the best choice among multiple options. If we allow the rhetorical process to work, we can often find the best alternative. But we can never guarantee it. Rhetoric reigns in any human endeavor where uncertainty is certain.

So let’s compare physics and rhetoric. What are they good for and how do they complement each other? Further, let’s ask a simple question: which discipline is best for the planet? I’ll focus on deliberative rhetoric, which asks us to make choices about the future. (Two other major forms are demonstrative and forensic rhetoric).

Both physics and rhetoric use arguments in which propositions lead to a conclusion. We typically call these syllogisms, with major premises and minor premises. In physics, the major premise is always verifiably true. Here’s an example of a syllogism in physics:

Major premise: Nothing can travel faster than the speed of light

Minor premise: We are travelling in a nuclear-powered space ship.

Conclusion: We are travelling slower than the speed of light.

The point of this somewhat simplistic syllogism is that the major premise is verifiably true. We start from the truth.

Now let’s look at a rhetorical syllogism, which is often referred to as an enthymeme (though the technical definition of an enthymeme is slightly different).

Major premise: Lower taxes are better for our society.

Minor premise: My party will lower taxes (more than the other party)

Conclusion: You should vote for my party.

Note that the major premise (also known as a commonplace) is debatable. But, if your audience agrees with the commonplace, you can proceed step by step to a conclusion that they will also agree with. It’s important to know what the audience believes. Rhetoric start where the audience is, not where the truth is …. or where we are.

Physics makes predictions and tests them to determine if they’re true. Typically, a prediction is either true or not.

Physics has a well-defined set of verifiable facts. Rhetoric, by contrast, depends on benefits, which may or may not accrue to a given set of people.

We state the benefits (often known as the Advantageous) to persuade people to agree with us. We might say, for instance that lower taxes will benefit the middle class. This may well be true but, again, there is no certainty.

Physics cannot live without facts. Rhetoric cannot live solely with facts. We must be able to state benefits and advantages to persuade people to agree with a given proposition.

The rules of logic are formal and specific. It’s easy to tell if we have violated logic. Even a computer can do it.

The rules of agreement are much more open-ended. Credibility is important. Arguments may be emotional and may include enticing benefits and emoluments. Arguments do not have to be strictly logical. We may use various psychological and sociological tools of influence, including consistency or social proof or scarcity. We may do favors for you and influence you to like us. The goal is to gain agreement.

In chess, we first need to know the rules and the pieces. After that, logic takes over and guides our efforts.

In poker, we need to know the rules and the cards and the people. Thinking logically is important. But reading people is probably more important.

Physics explains what happened. Rhetoric probes what will happen. If we can argue without anger, we can consider and evaluate all possible options. We can evaluate benefits and possibilities. We can decide what’s fair and what’s not fair. We can agree on the best possible course of action.

Of course, we can’t prove that we’ve made the best choice. But the process of considering, evaluating, arguing, and influencing, gives us a better chance of success than any other alternative.

The act of reaching an agreement also improves our chances of future success. As Lincoln noted, a house divided against itself cannot stand. The opposite is not necessarily true. A house united in agreement may not stand … but it has a much better chance than a house divided.

So, which discipline is more important to our future: physics or rhetoric? Physics has brought us awe-inspiring insights into the world around us. It has also given us the knowledge to destroy the world. Rhetoric, on the other hand, has taught us to argue without anger, gain agreement, and move people to action. Physics is about knowledge. Rhetoric is about wisdom. Physics could destroy the world. Rhetoric could possibly – just possibly – save it.