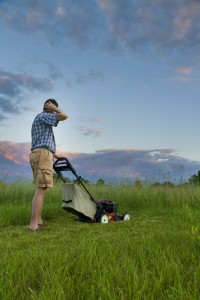 We often think that good ideas are random events. We might say, for instance, that “the idea just popped into my head” or it “just occurred to me.” We may convince ourselves that we’re not the authors of our own ideas. They just happen.

But having a good idea is really no different than any other skill. The more we practice, the better we become. We can train ourselves to create more ideas. The more ideas we produce, the more chance we have of producing good ones. As Scott Adams, the creator of Dilbert, has remarked, “Creativity is allowing yourself to make mistakes. Art is knowing which ones to keep.”

With that thought in mind, I’ve asked the students in several editions of my Critical Thinking class what they were doing the last time they had a good idea. Here’s a list, in no particular order.

Taking a walk – I haven’t kept precise count but this is certainly one of the most frequently mentioned activities. It’s also my favorite. Whenever I need a good idea, I go for a walk.

Going for a drive – also fairly popular and may be related to highway hypnosis.

Taking a shower – another frequent one.

Reading – this one comes up fairly often, especially reading in bed before falling asleep. As I’ve noted before, sleepy people seem more creative.

Meditation – most of my students don’t meditate but the ones who do often mention it as a time when they get good ideas.

On the subway or bus, commuting – a routine action repeated most every business day; apparently the mind wanders.

On the elevator – this was a student from New York where I gather they take long elevator rides.

Lifting weights at the gym – I suspect that System 1 is lifting the weights while System 2 is rummaging around in more interesting topics.

Dreaming – this comes up occasionally. As one student put it, “I had a fabulous idea for work and had to wake up and write it down.”

Listening to others and listening to colleagues – nobody has told me that they have a good idea when talking. A number of students have told me the ideas come when they’re listening.

Mowing the lawn – it’s a good time to let your mind wander.

Over a cup of coffee in the quiet morning before the kids get up – what a delicious time.

Sitting on the couch talking and strategizing the next day’s plan with my wife – another lovely moment.

I’m struck by how many of the idea-generating activities involve motion. We’re walking or running or driving the car or riding the subway. We’re moving through space and there’s a lot to stimulate our System 1. Yet we don’t have to do much consciously; our System 2 is free to wander. We’re daydreaming but we don’t realize it.

Many of the activities find us alone – like driving or meditating – or alone in a crowd – like riding the subway. We seem to need some stimulus but we also need to withdraw into a quiet, inner space.

Not many students have mentioned having good ideas while in a meeting. But when they do, they often mention the alone-in-a-crowd experience. They may not know many people in the meeting or they’ve mentally checked out for a while. There’s some stimulus but the mind is wandering.

So, how about it? What were you doing the last time you had a good idea?